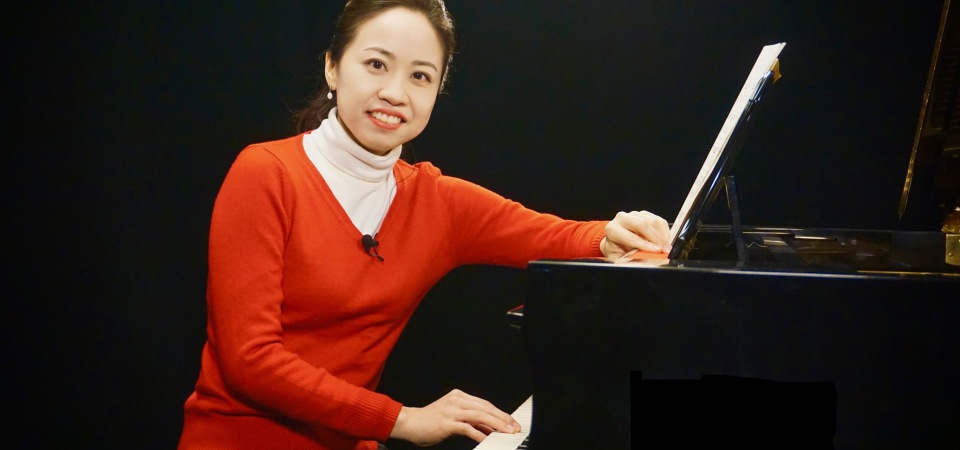 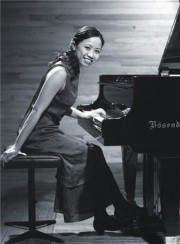 Yin Chiang was born in Taipei, Taiwan, where she received her first piano lessons at the age of 4. Before moving to Europe in 1995 she attended specialist music schools in Taipei. She then continued her piano studies at the University “Mozarteum” in Salzburg with Peter Lang and Hans Leygraf, where she gained the title “Magistra Artium”. Subsequently, she studied with Pierre-Laurent Aimard at the Musikhochschule in Cologne graduating with the “Konzertexamen” for chamber and contemporary music.

Her first solo performance with orchestra took place when she was 11 years old, in a tour throughout Taiwan. At the age of 16 she performed in a tour in China. Since then she has performed in many European countries as a piano soloist and chamber musician with, amongst others, the Salzburger Kammerphilharmonie, the Leopoldinum Chamber Orchestra, the Salzburger Musici Quartet, the E.T.A.Hoffmann Trio, the Cologne Vocalsoloists, the Duo Ensemble Présence, the Ensemble Garage, the Ensemble 20/21, the Ensemble DuoPlus, the Artwork Ensemble and the Gunnar Berg Ensemble. Moreover, she was invited to the International Ensemble Modern Academy, Klangspuren festival (both Austria), Lucerne festival Academy (Switzerland), Acanthes festival (France), Temporada Avuimúsica festival (Barcelona), the New Music Week (Shanghai), the Hörfest (Germany), Music with innovative Expressions (Taipei), China Time Festival(Hamburg). In 2002 she made her debut in the prestigious Mozartwoche festival in Salzburg playing the world-premiere of Spencer H. Shedler’s “Refraction” for piano solo. She was engaged as both, a pianist and music director responsible for two contemporary opera productions at the Kammeroper Köln (Cologne Chamber Opera). These were “Die Edelweißpiraten” by Snezana Nesic in the season 2007/08 as well as  “Weiße Rose” by Udo Zimmermann in the season 2008/09.

Yin Chiang has received scholarships from the Austrian Ministry of Education, Science and Culture, the Gisela and Erich Andreas foundation in Berlin and the NRW Arts Foundation in Germany. Her performances of works for solo piano by Luciano Berio have been broadcasted in Italian television, and many of her live performances have been broadcasted by radio companies such as Ö1, DRS2, WDR, and the “Institut de Recherche et Coordination Acoustique/Musique“ (IRCAM).

The focus of her artistic work is contemporary music, demonstrated by her collaboration with Ensemble Modern, Ensemble InterContemporain, and Pierre Boulez, as well as with various composers, such as György Kurtág, Helmut Lachenmann, Wolfgang Rihm, Marco Stroppa, Toshio Hosokawa, and Matthias Pintscher, only to mention a few. Since 2008 she has regularly given concerts and masterclasses about contemporary music at different music universities in China and Taiwan.

In 2006 she was granted the Austrian citizenship. From 2011 to 2013 she taught in the Shanghai Conservatory of Music. In 2012 she founded the C-Camerata, Ensemble for the contemporary music in Taipei. In 2015 she recorded the CD "C.P.E. Bach: 8 Sonatas for the Keyboard". Since 2017 she is living in Bonn, Germany.